You can listen to our podcast recording here or view the video recording on on our Facebook page. 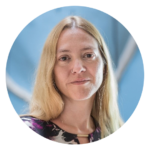 A Journey between Scientific Disciplines: from Science to the Humanities and Back

Interdisciplinary research requires a new common ground between different approaches or areas of research. Establishing that common ground can be a big challenge but when successful it can unlock truly innovative ideas. In the Institute for Logic, Language and Computation at the University of Amsterdam we study the formal properties of information, viz. the fundamental structure and properties of processes of encoding, transmitting and comprehending information. The latter notion is to be viewed in its broadest sense, covering not only the mathematical and algorithmic properties of formal languages, but also the flow of information in natural language processing, and human cognitive activities such as reasoning and the perception of music. The resulting view of information transcends the traditional boundaries between disciplines.

Sonja Smets is currently a full professor in Logic and Epistemology at the University of Amsterdam where she is currently the scientific director of the Institute for Logic, Language and Computation. She combines her position in Amsterdam with a part-time temporary appointment as Professor II at the Logic, Information and Interaction Group in the Department of Information Science and Media Studies at the University of Bergen in Norway. She obtained her PhD at the Free University of Brussels in 2001 and continued her academic career first as a post-doctoral researcher funded by the Flemish Fund for Scientific Research in Brussels and later she joined the University of Groningen before moving to Amsterdam. In Groningen she was awarded a Rosalind Franklin Research Fellowship at both the Faculty of Philosophy (Dept. Theoretical Philosophy) and the Faculty of Mathematics & Natural Sciences (Multi-agent Systems Group in Artificial Intelligence). In 2009, she received a VIDI award from the Netherlands Organisation for Scientific Research and in 2011 she was awarded with an ERC starters grant. The core of her research programme is centered around logic and the use of its concepts and methods to model the laws and dynamics of different notions of information. Her work is connected to Philosophy, AI and the foundations of Quantum Physics.

*image cropped from an original by Dirk Gillissen 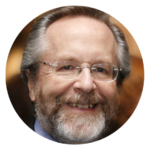 The Neurohumanities: an Emerging Partnership for Exploring the Human Experience

My colleague Mani Ramaswami (Trinity College) and I have recently organized a series of reviews for the journal Neuron which collectively emphasize the need to forge closer partnerships between specific domains of Neuroscience and their counterparts within the Humanities. Such partnerships will not only be mutually beneficial, but also can create a new dimension of important and impactful scholarly activity. We suggest that genuine progress would be reflected by three primary characteristics: (i) enhanced communication, (ii) clear connectivity, and (iii) actionable outcomes. We emphasize that genuine growth of the Neurohumanities will require significantly expanding the perspective within each broad discipline.

Tom Carew obtained his Ph.D. from the University of California, Riverside in1970, and then moved to New York University as a postdoctoral fellow. In 1974 he joined the Department of Psychiatry at Columbia University. In 1983, he moved to Yale University as a J.M. Musser Professor of Psychology. In 2000, he became the Bren Professor and Chair of Neurobiology and Behavior at the University of California, Irvine. In 2011, he became Dean of the Faculty of Arts and Science at New York University and a member of the Center for Neural Science. He is currently Dean Emeritus and a Silver Professor in the Center for Neural Science. 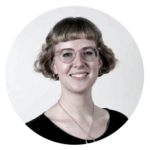 What can a Neurohumanities approach offer Poetry Studies?

Placing reciprocity at the forefront of my approach, I ask what a Neurohumanities approach can offer poetry studies. How might a cognitively-informed approach to poetry expand our understanding of poetry studies? And what, in turn, can this approach offer cognitive studies? I consider the merits and shortcomings of the different methods of combining these disciplines, and propose a reciprocal approach with reference to my own research into visual poetics and working memory. I will advocate for the potential of engaging with Neurohumanities research from a Humanities perspective, and highlight the fundamental questions about knowledge prompted by interdisciplinary academic endeavours such as this.

Amelia McConville is an interdisciplinary PhD researcher working towards her doctorate on visual poetics, poetry, and Neurohumanities at Trinity College Dublin. She is funded by the Irish Research Council Government of Ireland Postgraduate Scholarship. She received her B.A. in English Literature and Philosophy from Trinity in 2017, and worked for the Alumni Office fundraising full-time for the college for a year before commencing postgraduate studies. She co-founded and co-convenes a monthly virtual Art + Science Reading Group, kindly hosted by Science Gallery Dublin and Trinity Long Room Hub.

SHAPE-ID Participating in Positioning the Humanities in the 2020s Symposium

SHAPE-ID is looking forward to presenting a Poster and Lightning Talk at the Herrenhausen Symposium:…