The SHAPE-ID Policy Brief recommends that funders and policy makers invite greater Arts, Humanities and Social Sciences (AHSS) participation in designing and evaluating inter- and transdisciplinary research funding calls and adapt funding instruments to acknowledge some of the unique features of inter- and transdisciplinarity, such as the time it takes to build mutually respectful collaborations. But what are the challenges for funding agencies on the ground, and how have they innovated in developing funding programmes? The webinar invited representatives of funding agencies from different European countries to discuss their challenges and efforts to develop funding programmes with AHSS involvement in inter- and transdisciplinary research.

Presentations were followed by an interactive Q&A from the audience chaired by Professor Jane Ohlmeyer (Trinity College Dublin), Principal Investigator of the SHAPE-ID project and Chair of the Irish Research Council.

You can watch the recorded video of the event on our Facebook page or listen to the podcast recording below: 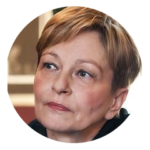 New ‘cultures of knowledge’ stemming from inter/multi/transdisciplinarity reflect changes not only in how research can be done (or is actually done) but also open up questions as to how funding at various levels and in various EU members follows this often cutting-edge approach to emerging research questions.

Differences in funding solutions for ‘multidisciplinary’ research, especially with regards to the inclusion of the Humanities and Social Sciences, can vary substantially. Different research traditions play an important role in shaping attitudes towards ‘multidisciplinarity’ as well as the ‘openness’ of the academic communities and the funding bodies themselves. The challenge is, of course, how to solve the many-layered questions still felt in a very widely conceived domain of inter/multi/transdisciplinarity.

Milena Žic Fuchs was born in Zagreb, Croatia, and received her PhD degree at Zagreb University after doctoral studies both in Zagreb and UCLA. She is Full Professor of Linguistics at the University of Zagreb. In 2010, she was elected Fellow of the Croatian Academy of Arts and Sciences and, in 2013, a member of Academia Europaea. Her areas of expertise are Cognitive Linguistics, Semantics, Syntax, Pragmatics, Discourse Analysis, Sociolinguistics, and Cognitive Science ‒ within which she is actively engaged in multidisciplinary research of linguistics and neuroscience at the Croatian Brain Institute, Medical School of the University of Zagreb. She served as the Croatian Minister of Science and Technology from 1999 to 2000. From 2009 to 2012, she was Chair of the Standing Committee for the Humanities of the European Science Foundation. During her mandates, she instigated policy incentives for Multi/Transdisciplinary Research as well as Digital Humanities. At present she is a member of numerous Science Advisory Boards at European level in the domains of SSH and Research Infrastructures. From 2016 she was a member of the High Level Group on Maximising Impact of EU Research and Innovation Programmes, set up by the European Commission, chaired by Pascal Lamy. In 2018 she was appointed a member of the JRC (Joint Research Centre) High-Level Peer Group of the European Commission. From January 1st 2020 she is a Member of the ERC Scientific Council. 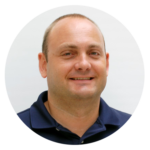 SSH integration at a crossroads – deemed more important than ever, but how to stand out in the crowd?

Drawing on extensive experience in DG Research and Innovation and the Research Council of Norway (RCN), Tobias addressed the challenges of SSH integration from both a European and a national perspective. How has SSH Integration worked in Horizon 2020? What can we expect in Horizon Europe and which are the success factors? Can Missions, the Green Deal and a revitalised European Research Area change the landscape for SSH participation? What is the role of the Social Sciences and Humanities in the Research Council of Norway, where a new organisation with 15 broad Portfolios has replaced a large number of thematic programmes? What has that meant for cross-cutting issues?

Tobias Bade Strøm is currently Special Adviser in the department for International cooperation at the RCN. He holds a Master’s degree in European Politics and Administration from the College of Europe in Bruges. From 2010 to 2013 Tobias was heading the Brussels liaison office of the RCN. In the period 2015-18 he was a Seconded National Expert in DG Research and Innovation dealing with the integration of Social Sciences and Humanities in Horizon 2020. He was involved in the yearly monitoring reports and held numerous talks on this topic in meetings of the Expert Advisory Groups and Programme Committees. He has been an advisory board member of Net4Society since January 2019.

Peter Brown is the Director of the Irish Research Council. He took up the role in October 2017. Previously, he served as Deputy Director of the Council (2015 to 2017) and Senior Manager with the Higher Education Authority (2003 to 2014), based in the Skills and Engagement unit and National Office for Equity of Access to Higher Education. In the past, he has also held roles with Dublin Institute of Technology and in the private sector. He is a member of the Interdepartmental Committee on Innovation2020, the High-Level Group on Horizon2020 and the Department of Education and Skills Higher Education Research Group. He holds a National Delegate role for Horizon2020 in relation to ERC and MSCA. He was designated a ‘Champion of EU Research’ by Enterprise Ireland in 2017. He is a former board member of the Digital Repository of Ireland.