Join us on 10 June for the launch our final project toolkit, which offers tools and resources to help researchers, research organisations, funders, policymakers, and societal partners make informed decisions about developing and supporting inter- and transdisciplinary research with the Arts, Humanities and Social Sciences, STEM disciplines, and societal partners. 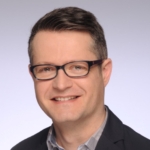 Ludovic Thilly is Full Professor at the University of Poitiers. Since 2012, he is Executive Vice-Rector in charge of European Networks. Member of the Executive Board of the Coimbra Group since 2015, he was elected Chair in June 2017 and re-elected in June 2020 for four years.

Professor Thilly is a Physicist and works on the deformation mechanisms of (nano-)materials. He has co-authored 70+ publications in international peer-reviewed journals (incl. 4 book chapters) and given 50+ invited lectures at international conferences and institutions. He is Coordinator of the EC2U European University Alliance and coordinates the informal group of the 24 newly selected Alliances.

Dr Lidia Borrell-Damián is secretary-general of Science Europe, prior to her current role, Dr Lidia Borrell-Damián was director of research and innovation at the European University Association (EUA), an association representing more than 800 universities and national rectors’ conferences. With a doctorate in chemistry, she has worked as an associate professor at the University of Barcelona and Polytechnic University of Catalonia. She was a visiting scholar at North Carolina State University and Western University, and director of the research area at Pompeu Fabra University. 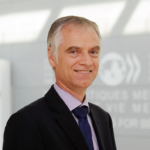 Carthage Smith joined the OECD as head of the Global Science Forum (GSF) Secretariat in June 2014. He is responsible for working with national members to define the overall strategy and priorities for the Forum.  This includes policy work on research infrastructures, Open Science, research funding mechanisms and science advisory processes.

Carthage was originally trained as a biochemist, with a PhD in neuroscience (Newcastle University, UK).  Prior to joining the GSF secretariat, he was Deputy Executive Director of the International Council for Science (ICSU, Paris) for twelve years.  In this position he led the strategic development of a number of major global science initiatives.  Before moving to France, he spent six years at the UK Medical Research Council, where he was Head of International Cooperation. 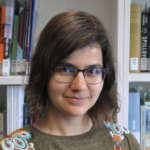 Anna S. Antonova is an early career scholar working at the Rachel Carson Center for Environment and Society at LMU Munich as director of environmental humanities development. Her research brings together humanities and social science approaches to examine social, environmental, and policy change in the contemporary European context, particularly in coastal landscapes. She was previously a Marie Skłodowska-Curie research fellow as part of the ENHANCE innovative training network (ITN) at the University of Leeds, where she wrote her PhD thesis on the conflicting narratives about environment and society emerging from the Yorkshire North Sea and Bulgarian Black Sea coastlines.