In this blog post I would like to introduce and advocate for interdisciplinary exhibition-making as a productive research method. I have been working as an exhibition curator at the Bundeskunsthalle (Kunst- und Ausstellungshalle der Bundesrepublik Deutschland) in Bonn, Germany, for almost two decades. This institution, opened in 1992, is an exhibition hall without a collection of its own, which fills its 5,000 square meters of temporary exhibition space with a wide range of changing cultural programmes. In this position I have developed a strong interest in a more experimental, ‘curiosity-led’ (Arnold 2015, p. 335) approach to exhibition-making that involves the crossing of disciplinary boundaries to meaningfully enable a wider perspective on today’s societally relevant topics and stories. My curatorial work has gradually changed my understanding of the disciplinary structure of knowledge production at universities, which – at least in Germany – still also dictates the boundaries of most temporary exhibitions at museums and other cultural institutions both in content and methodology. Being part of one of Germany’s leading institutions in the conceptualisation and production of large temporary exhibitions in art, design, art history, archaeology, cultural history, ethnography, and natural sciences has offered me the opportunity to gain both knowledge and practical experience within a wide and varied content horizon. 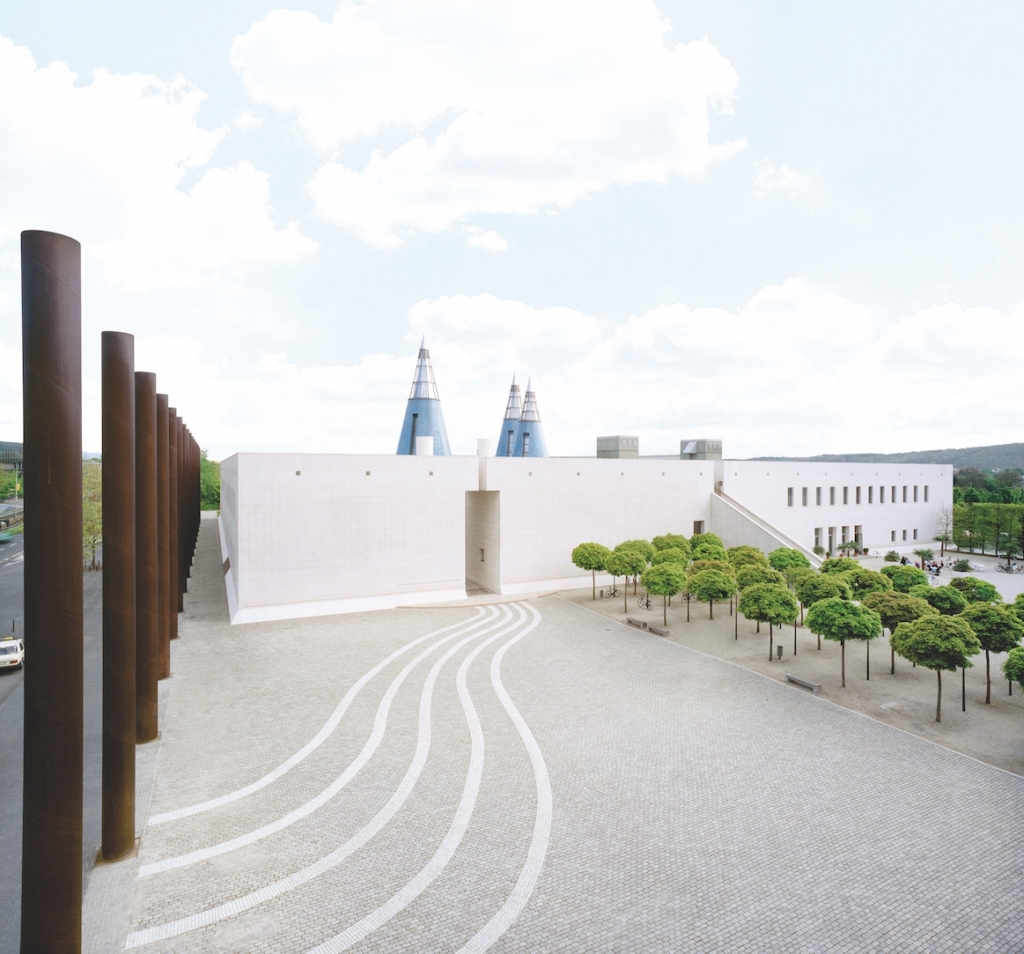 However, despite its wide programme scope, our institution’s understanding of exhibition types is still mainly a disciplinary one, and explicitly interdisciplinary projects – combining arts and sciences – are still rather an exception from the rule. In this respect, our institution is perhaps mirroring the situation at most universities, where interdisciplinarity is a politically acclaimed virtue of academic and cultural best practice, but is only rarely successfully realised, perhaps because the actual exercise seems to encounter a considerable number of obstacles. Yet, more than once during my own career – both as an exhibition maker as well as an exhibition recipient – I have experienced that exhibitions with an interdisciplinary approach can serve as a very productive and inspiring experimental territory for diverse, sometimes competing disciplines to meet within a set thematic framework. An outstanding example – and an eye-opener for me – was the exhibition Assembling Bodies – Art, Science & Imagination at the Museum of Archaeology and Anthropology, University of Cambridge, in 2010. The exhibition curators described the process of selecting and contextualising cross-disciplinary concepts (and objects) of how bodies are known and imagined as a most fruitful research process in itself (Herle et al. 2009, p. 5).

My own exhibition projects – at the beginning mostly working with ethnographical and historical contents and objects as well as with contemporary art – had by the early 2010s increased my interest in thematic exhibitions which take on an interdisciplinary approach and my wish to explore their possibilities and problems. Not being an art historian like the majority of my colleagues in our institutional team of curators, but having earned an MA degree in Chinese studies, made me become the curator for what was diffusely described as the ‘other exhibitions’, meaning other than mainly art or art history exhibitions. In this institutional context, my rather unusual academic background perhaps helped me to seize the opportunity that this diverse institution provided for becoming an interdisciplinarian at heart.

The following three interdisciplinary exhibitions, which were developed and staged at the Bundeskunsthalle, are investigated in my PhD thesis: (1) Touchdown. An Exhibition with and about People with Down’s Syndrome (2016–2018), (2) Weather Report. About Weather Culture and Climate Science (2017/2018), and (3) We Capitalists. From Zero to Turbo (2020). In all three cases, which each combined curatorial perspectives from the fields of art, cultural history and science, I served as the organising exhibition manager and institutional curator together with external curators from various disciplinary backgrounds. All three exhibitions were explicitly trying to consult and invite various disciplines to contribute to the topic in order to create a multifaceted exhibition narrative.

The case studies trace the curatorial process, from forming an interdisciplinary team and negotiating conceptual ideas and methods, to object choices, interpretation and exhibition design. Based on the premise that all three exhibitions were institutionally labeled as ‘interdisciplinary’ and were thus apparently aiming at an interdisciplinary production process, my research focuses on describing the specific actions that were taken to create and facilitate interaction and integration within the curatorial teams. I argue that the complexity of interdisciplinary exhibition-making calls for a more precise and practice-oriented application of what is an often generalised notion of interdisciplinarity. By discerning between multi-, inter- and transdisciplinarity, and understanding the three terms as describing different qualities (or increasing levels) of interaction and integration, I suggest using these terms as a finer vocabulary for a detailed description and analysis of the practical processes of collaborative exhibition-making. My research also tries to unveil where we failed to facilitate interdisciplinarity, which has to be created and enabled and is thus a predominantly practical and process-oriented tool. Taking interdisciplinarity seriously also inevitably leads to the question of institutional consequences regarding project timeframes and resources.

Fig. 2: The publications accompanying the three exhibitions which are investigated in this PhD research. © HP, 2021.

Apart from the process analysis of interdisciplinary exhibition-making, my research also explores to what extent these three exhibitions produced new knowledge during the process of making them.

(2) The exhibition Weather Report was developed in a less integrative process by an artist curator and a science curator, but might still be described as an interdisciplinary project. My case study about this exhibition, which was  published in Museum & Society in November 2020, also showed that the established categories or qualities of interdisciplinarity can all occur in one and the same exhibition project, when examining the various phases and constellations of its production process in greater detail. The main theme of the exhibition Weather Report was how short-term weather events and long-term climate change influence human civilization and culture. Our central conceptual assumption was that the term climate is abstract, while weather is all around us. Regarding its knowledge production the exhibition’s main achievement was an alternative narrative within the discourse on climate change. We decided not to tell a story about climate catastrophes and mitigation strategies – a story that also definitely has to be told – but to invite our visitors to simply fall in love with the beauty of the manifold weather events around us in order to find the emotional and rational determination to protect our climate. Acting as a ‘soft power’, we were subtly but persistently trying to sneak into people’s hearts. The exhibition became part of the cultural programme for the World Climate Summit COP 23 of the United Nations Framework Convention on Climate Change (UNFCCC) which took place in Bonn during the exhibition period in November 2017.

(3) The exhibition We Capitalists was developed in an even lesser integrative way which has to be described as merely multidisciplinary, but strong interdisciplinary interventions regarding its interpretation and design considerably added to its quality. The exhibition analysed the system of capitalism along twelve of its main characteristics such as rationalism, accumulation and individualism. It invited visitors to reflect on their own role within the system, which has entered every corner of our daily lives. Coinciding with a severe economic and social crisis after the global coronavirus outbreak in spring 2020, the exhibition became a relevant commentary on the daily news, despite temporarily being in lockdown, as it contributed to the public discourse, for example about the dangers of unlimited economic growth at the cost of human and environmental well-being.

All three exhibitions had a significantly political dimension – by making the socially relevant topics of (1) disabilities, (2) climate change and (3) capitalism subjects of discussion – which perhaps correlates to the fact that an interdisciplinary approach was chosen for their production processes. Interdisciplinarity can be an especially adequate and desirable research and work strategy for exhibitions that are aiming to participate in (and enhance) a democratic public debate.

Henriette Pleiger has been working as an exhibition curator at the Bundeskunsthalle (www.bundeskunsthalle.de) in Bonn, Germany, since 2002. In this position she has co-curated and organised several large temporary exhibitions often combining art, cultural history and science. She is currently studying for a PhD in Museum Practice at the Institute for Cultural Practices at the University of Manchester. Her PhD research project is titled ‘Interdisciplinary Exhibitions and the Production of Knowledge’. She previously studied Chinese studies, philosophy, and German literature in Vienna, Beijing, and Frankfurt am Main, and received her MA degree in Chinese studies in 1997.

We're launching our SHAPE-ID blog! This post reflects on our early progress in getting the project up and running.

The Atlas of Holocaust Literature: a case study in interdisciplinary research

For the fifth SHAPE-ID workshop we prepared a video showcasing a concrete example of the interaction between digital humanities and cultural heritage, the Atlas of Holocaust Literature project being developed by the Digital Humanities Centre at the Institute of Literary Research of the Polish Academy of Sciences (IBL PAN).